Junda Video Enterprises recently completed a video for Friends of the IBA, which debuted at the 2015 Winter Raptor Fest.

I recently found some footage I shot over two years ago when I was testing out a new lens. It’s of a full moon from August of 2012. The video is in real-time and I think it’s really cool how to see how much the moon moves in relation to the earth.

I’ve had the pleasure of partaking in many interesting video shoots this summer. Here’s a photo from a recent one in the Adirondacks of upstate New York that I get a kick out of ;-). 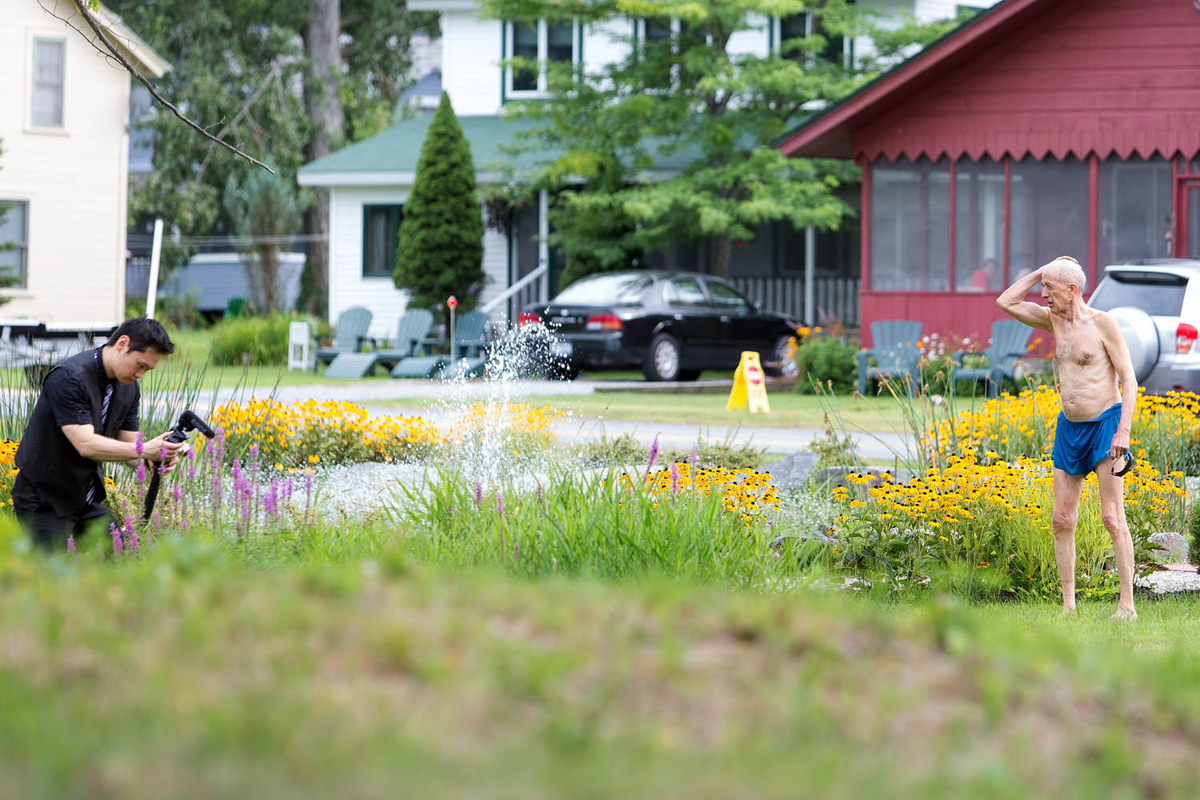 I first met Christian a couple of weeks ago at a local ball field. I was picking up baseballs that I had been hitting for fun and he was heading over to the practice mound to throw a bullpen. We chatted for a bit and he said that he was preparing for his upcoming season with the Winnipeg Goldeyes of the American Association of Independent Professional Baseball league. He’s a right-handed pitcher, 2012 Houston Astros draftee, Saratoga Central Catholic HS graduate, and Gansevoort native.  We tossed the ball around for a bit and I then got the chance to watch him throw his bullpen, where his delivery looked really smooth and the ball jumped out of his hand. We chatted some more after his bullpen and I offered to record his next one so he could analyze his mechanics.

Here’s ones of the pitches from that bullpen. It was clocked at 90MPH, which is a solid major league fastball. It was a pretty brisk spring morning and he was still in the ramping up stage for the season, so it wouldn’t be surprising if his velocity climbs a few more ticks as the season gets underway. Although I haven’t known him for long, he definitely seems like a good guy, and I wish my new friend well for this upcoming season.

Over the weekend I was filming a promo video and one of the items on the shot list was to get footage of Saratoga’s Old Red Spring. Here’s a short compilation of clips I made of Old Red just for fun. To learn more about the springs of Saratoga, visit: http://www.saratoga.org/visitors/things-to-do/mineral-springs-baths.

Here’s another interview in its entirety from 2011’s MLK Day. It’s with Congressman Paul D. Tonko, who showed his support by participating in a march through the streets of Schenectady and also gave a speech at the United Methodist Church just a week after the Tucson shooting that severely injured Congresswoman Gabrielle Giffords. In the interview, Congressman Tonko shares his reaction to the speech given by keynote speaker, Rev. Dr. Eugene S Callender, and his thoughts on how to resolve conflict.

I was grateful to get the opportunity to interview him. Here is the interview in its entirety. The first 1:50 of the interview he discusses his views on the legacy of MLK, the current state of the world, and what MLK would likely think about present times. His sweet side shows for the remainder of the video when he talks candidly about Saratoga Springs.

Rev. Dr. Eugene S Callender passed away on November 2nd, 2013 and left behind a lasting legacy. Thank you Dr. Callender.

Last week I joined Galileo Media Arts on a shoot at my alma mater, Skidmore College. It was cool to film President Glotzbach inside of a house at the new Sussman Village, and the student actors had us cracking up. I’m excited to see the lighthearted video that they’ll create with the footage.

I’m really excited that Comedy Warriors, a documentary that I worked on as a camera operator and assistant editor, is going to make its television debut on the Showtime network on December 5th. It was a fantastic all-around experience. I’d like to thank John Wager and Ray Reo for the opportunity. Here’s a screen-grab of the days it will be playing on showtime this month. 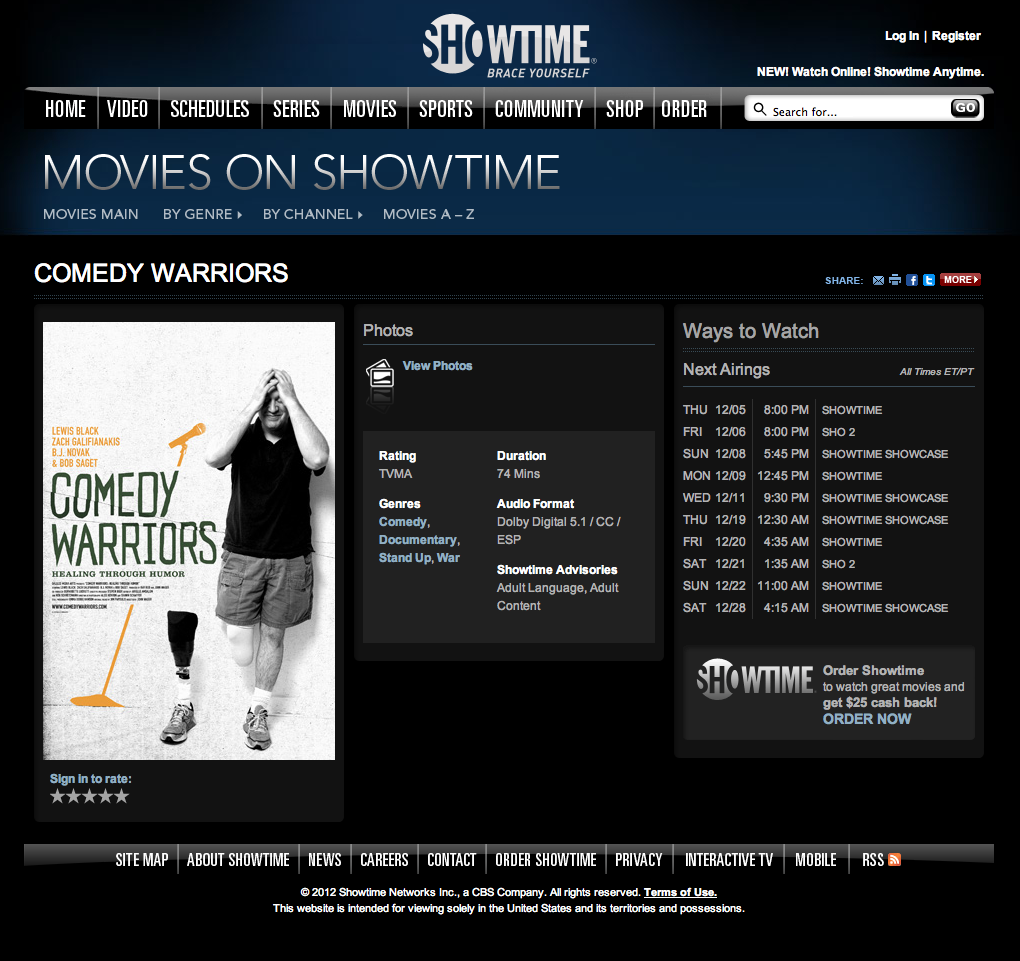