A little while back I attended a Tom Green standup show with a friend and something that I reflected on after the show was the process that comedians use refine their material. At smaller venues such as The Comedy Works in Saratoga, they like to test out some of their newer material and use the responses of the audience as feedback to see which material to assimilate into their main act.

It’s pretty interesting to think how the comedians that we’re fans of cull their material based on the genuine feedback (laughter) from a crowd.

On a side note, it was a fun experience to see Tom Green perform a standup routine in person. Back when The Tom Green Show was on MTV and had some roles Hollywood comedy movies, not everyone was a fan of his comedy style, but like many adolescents at that time, me and my friends thought it was pretty hilarious.

This past weekend was unseasonably warm (which was nice), and I enjoyed part of it hitting some baseballs at a local ball field. As strange as it sounds, I feel that physical activity and in particular, baseball, has played an important role in my development as a videographer. Even though my playing days are over, I still enjoy throwing the ball around and swinging the bat when I get the chance. Here’s a clip of one of the swings I took off the batting tee where the ball left the yard.

This isn’t video related, but would like to share a photo of me with Hall of Fame baseball player, Lou Brock. He had already retired from Major League Baseball by the time I was born, but being a big baseball fan, I’ve heard a lot about Mr. Brock and his accomplishments.  Last month, when I saw a flyer about him giving a speech in Saratoga, I did a double-take, and knew I wanted to be there for sure.

He was incredibly personable, and it was awesome to meet and speak with him! 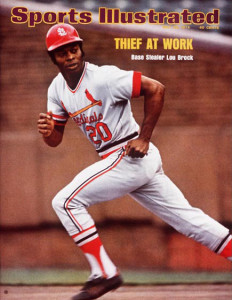 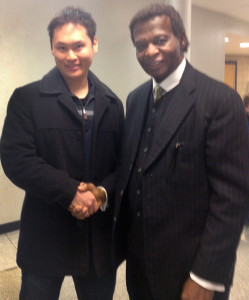 I’m about halfway through a week’s worth of shooting back at my alma mater. The campus hasn’t changed that much since I attended and neither has the boldness of the squirrels that reside on it. While typical squirrels get antsy when humans get near them, people can walk right up to the ones on campus and touch them.

Weddings, concerts, commercials, a TV show, a feature length film…I’m thankful to have had the opportunity to shoot and edit a variety of amazing things this summer. Stay tuned because I’d like to share some of the fun things I’ve been up to these past few months.

It’s great to have this site up and running. I don’t have much else to add right now except that I have some new video gear arriving soon and plan to get some test footage up, so stay tuned!