When I saw Toy Story 3 last year, I could only imagine the chance to work alongside its lead editor. These past few months I’ve been the assistant editor to Ken Schretzmann on the film Comedy Warriors. Ken is a seasoned veteran in the film industry and has worked on more than a handful of box office hits as an editor at Pixar Animation Studios. Its been great to soak up his editing knowledge and getting to know him as a person. A couple of days ago, Ken flew back home to California and will soon depart for Paris, where he’ll be working on another feature film. I wish my new friend good luck and look forward to seeing him again when he gets the chance to return to the states. 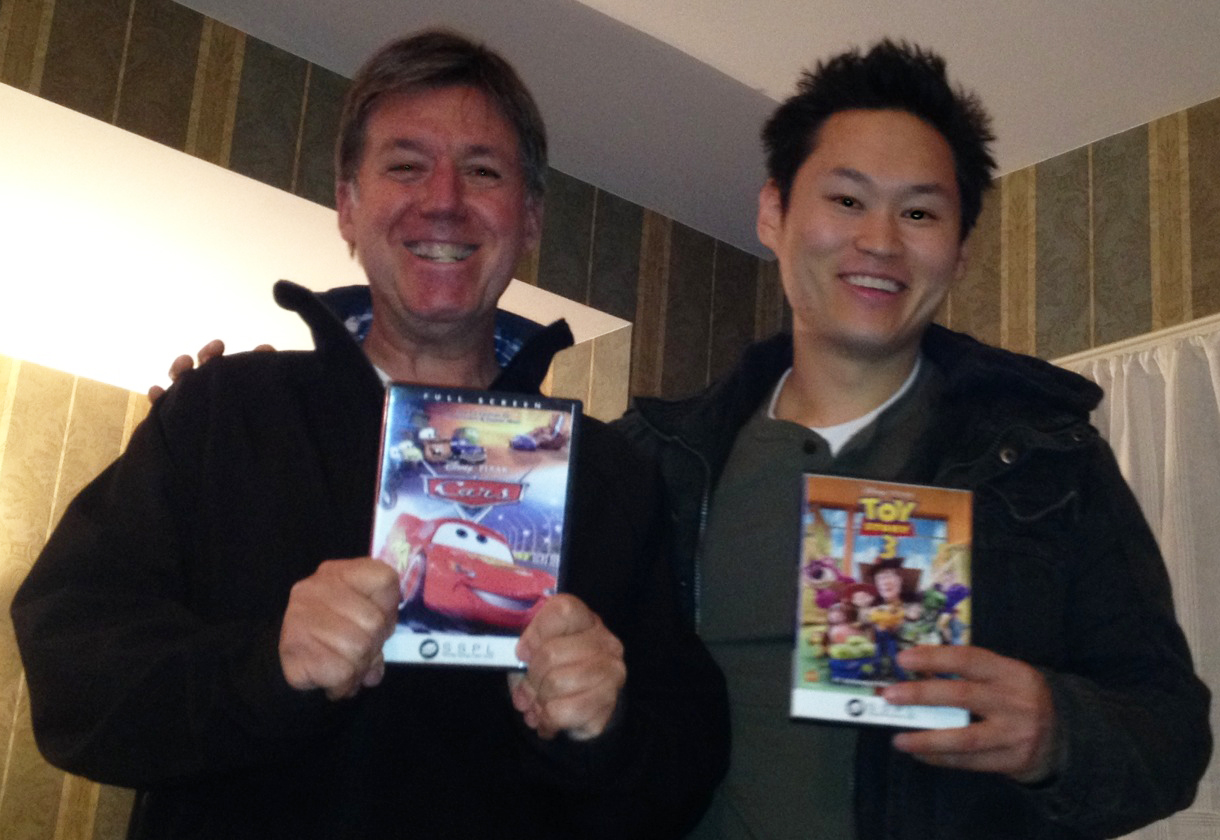